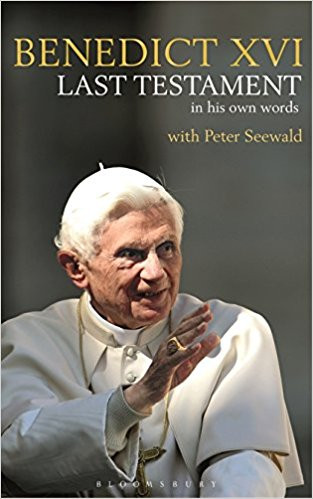 in his own words with Peter Seewald

Pope Benedict made history by being the first Pope in over 700 years to resign from office. The Catholic Church the world over was stunned. Worn out by corruption in the Church and by an endless series of clerical sex scandals, he decided that the resolution of all these problems was outside his power for a man of his age.

Last Testament is nearest to an autobiography from the shy and private man who has remained “hidden to the world” in a former convent in the Vatican gardens. He breaks his silence on issues such as:

On a more personal level he writes with great warmth of his successor Pope Francis, who he admits has a popular touch, a star quality which he has lacked. Much controversy still surrounds Pope Benedict`s Papacy--in this book he addresses these controversies and reveals how at his late age, governing and reforming the Papacy and particularly the Vatican, was beyond him.