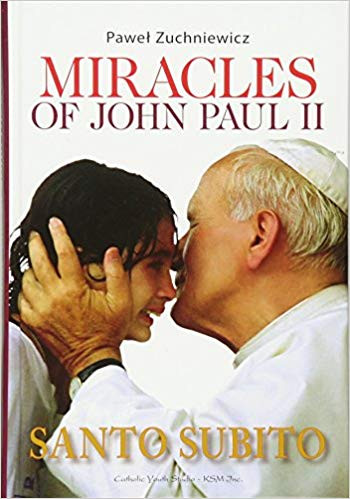 An instant best-seller when released in Europe in January, this powerful book describes the life and impact of Pope John Paul II as told by individuals from all over the world who give moving personal testimonies how they experienced healings through the intercession of Pope John Paul II during his lifetime. From little children to old age adults, including Cardinals, well-known lay people and many others, these detailed testimonies reveal amazing healings and answers to prayers through the direct intervention of John Paul II while still alive. This book also takes us behind the scenes of the May 13, 1981 assassination attempt on the Pope in St. Peter’s Square, shedding new light on this event by presenting it in the context of the Third Secret of Fatima. World Youth Days are also examined, revealing the incredible spiritual impact the Pope had on the young people as testified by many of the youth at WYD events all over the globe.