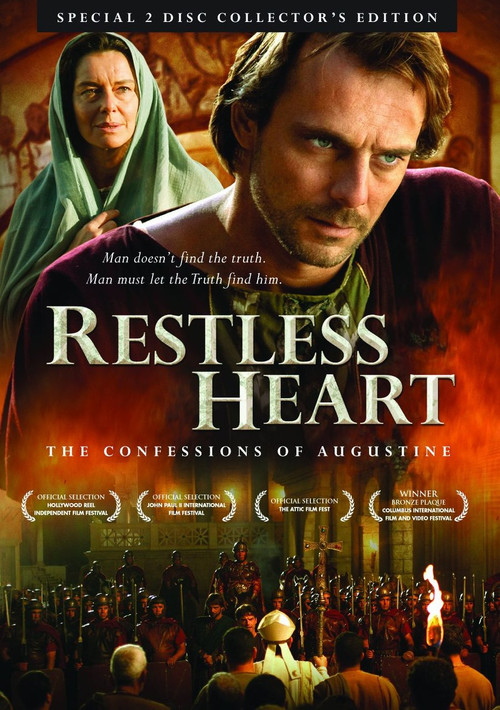 Filmed in Europe, RESTLESS HEART is the first full-length feature movie on St. Augustine. Born in North Africa, Augustine studied in Carthage, becoming an accomplished but dissolute orator. After converting to Manichaeism, a guilt-free religion, he was called to the imperial court in Milan to serve as an opponent to the Christian Bishop Ambrose. But when the Empress Justina sent imperial guards to clear out a basilica where Augustine's mother, Monica, was worshipping, her constant prayers and the witness of Ambrose won him over to Christianity. Serving in Hippo in 430 AD, Bishop Augustine urged the Roman garrison to negotiate with the Vandal King Genseric, but they proudly refused. He passed up a chance to escape on a ship sent to rescue him by the Pope, and stayed by the side of his people. Christian Duguay directed the film, and the cast includes Franco Nero, Johannes Brandrup, Monica Guerritore and Alessandro Preziosi.