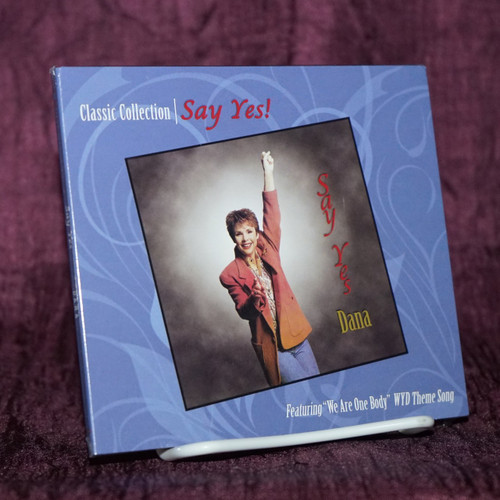 “Say Yes” is a compilation of outstanding contemporary Christian songs that have become firm favourites since this Classic Collection was first released in the mid-1990s, just after Damien and Dana moved to Birmingham, Alabama to work with EWTN, at the invitation of Mother Angelica. “Say Yes”, the theme song for the highly acclaimed series Dana presented on the EWTN network, is an uplifting, joyful song. Also included is the worldwide hit, “We are One Body”; the theme song of World Youth Day 1993 held in Denver, Colorado. A US Bishop recently told Dana that he was a seminarian in 1993, one of the million young people she led in singing this song before Saint John Paul ll in Denver. He went on to say that almost all the Seminarians and novices in the US were present that day and the experience of this song and that day was instrumental in “kick starting” the New Evangelisation in the US. Among the other popular tracks are “I am the Light” and “Come Little Child” two moving songs to touch your heart. For those entering into marriage “One Love, One Lifetime” is a must. Already used in many marriage ceremonies, it’s a perfect expression of the commitment and love pledged in the sacramental covenant of marriage. “Say Yes” will lift your heart and your spirit!