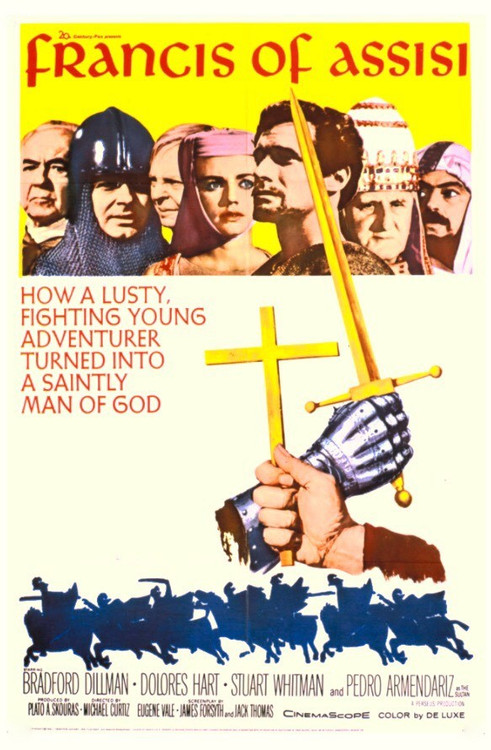 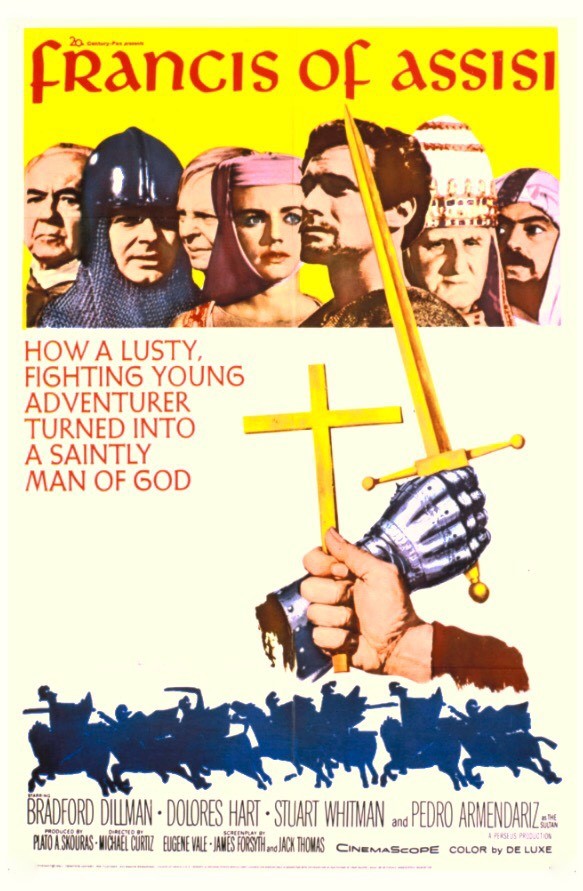 Francis Bernardone (Bradford Dillman) is the son of a wealthy cloth merchant in Assisi, who gives up all his worldly goods to dedicate himself to God. Clare (Dolores Hart) is a young aristocratic woman who, according to the film, is so taken with St. Francis that she leaves her family and becomes a nun. By this time (1212 A.D.), St. Francis has a well-established reputation for his vows of poverty. The movie goes on to note miracles (such as the appearance of the stigmata on Francis's hands and feet) and other aspects of his life, up to and including his death on October 3, 1226. The funeral befitted a man loved by man and beast alike, and ended with the birds he loveddoing a flyby.

Two years after the release of Francis of Assisi, Dolores Hart, the 24-year-old actress who plays St. Clare in the film, became a Roman Catholic nun.