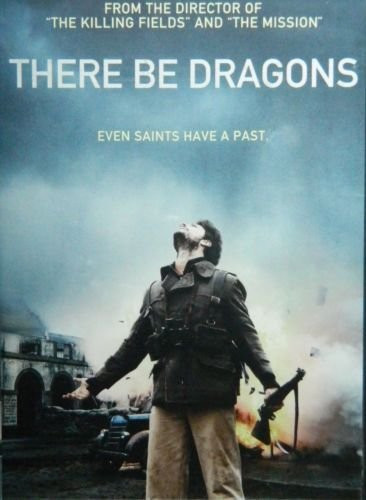 There Be Dragons - DVD

There Be Dragons DVD

Oscar nominated director, Roland Joffe, who brought us the highly acclaimed film, "The Mission", has returned to his roots with the epic movie "There Be Dragons",

An epic tale of revolutionaries and saints in a time of civil war, a story of love and heroism amid jealosy, hated and violence.  A powerful drama about the power of forgiveness to break the chains of the past.
London-based investigative journalist Robert Torres visits Spain to research a book about Josemaría Escrivá, founder of Opus Dei. But Robert hits a wall, both professionally and personally, when his most promising source—his own father turns out to be his least cooperative one. Robert begins to unearth his father’s toxic secrets when he learns that Manolo was not only born in the same Spanish town as Josemaría, but that they were childhood friends and attended the same seminary. The two men take radically different paths in life, with Josemaría dedicating his life to his faith while Manolo is swept into the brutal and tumultuous Spanish Civil War.