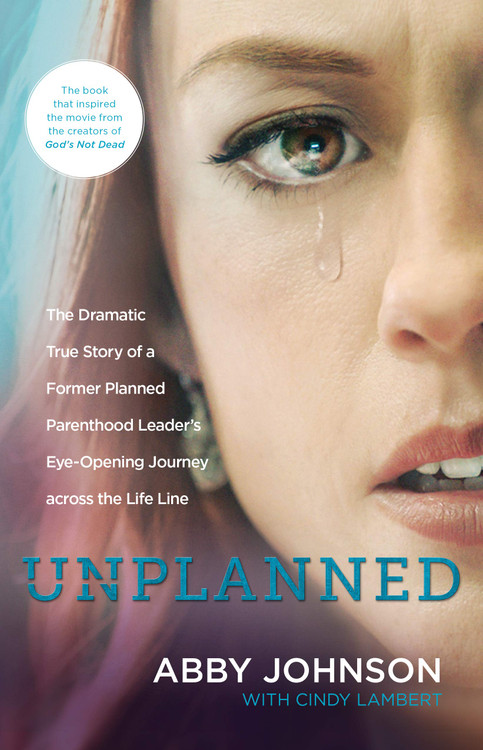 "What I have told people for years,
what I've believed and taught and defended, is a lie.
What if I'd known the truth,
and what if I'd told all those women?"

Abby Johnson quit her job in October 2009. That simple act became a national news story. Abby was director of a Planned Parenthood clinic in Texas, but not long after assisting in an actual abortion procedure for the first time, she crossed the line to join the Coalition for Life. What happened in that clinic to cause this Planned Parenthood leader and Employee of the Year to take such drastic action? And how did Planned Parenthood react to her abrupt departure?

Abby reveals her full story in Unplanned: a heart-stopping personal drama of life-and-death encounters, a courtroom battle, and spiritual transformation. Now in an updated edition, Abby's unique vantage point from both sides of the abortion clinic property line shines light and compassion into the personal and political controversy that surrounds this issue. For anyone who cares about the life-versus-rights debate and helping women who face crisis pregnancies, Unplanned is a must-read.