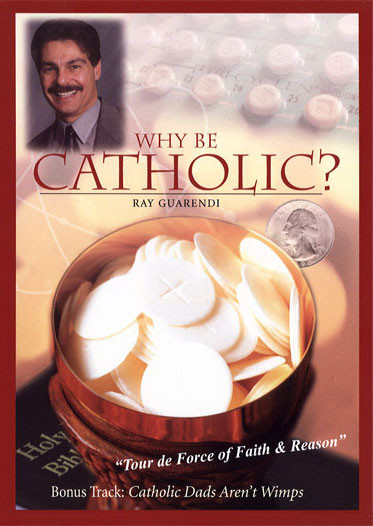 Why Be Catholic? DVD

Why Be Catholic? DVD

Dr. Ray is back, as he relates the story of his return to the Catholic Church after 10 years as an Evangelical Protestant. Christian Apologetics has never been so entertaining... or logical.

Chapters and stories include:

A System Must be Consistent

What are the Basics?

Who has More Holy Spirit?

What Did Jesus Say?

Jesus was a Good Moral Teacher?

Chapters and stories include:

Together, these two programs make a great gift to Dads who are struggling with their Catholic faith and fatherhood. But it is just plain valuable family training, and great entertainment. Watch it with your kids (if they're living at home) and get extra copies for your kids that have moved on.